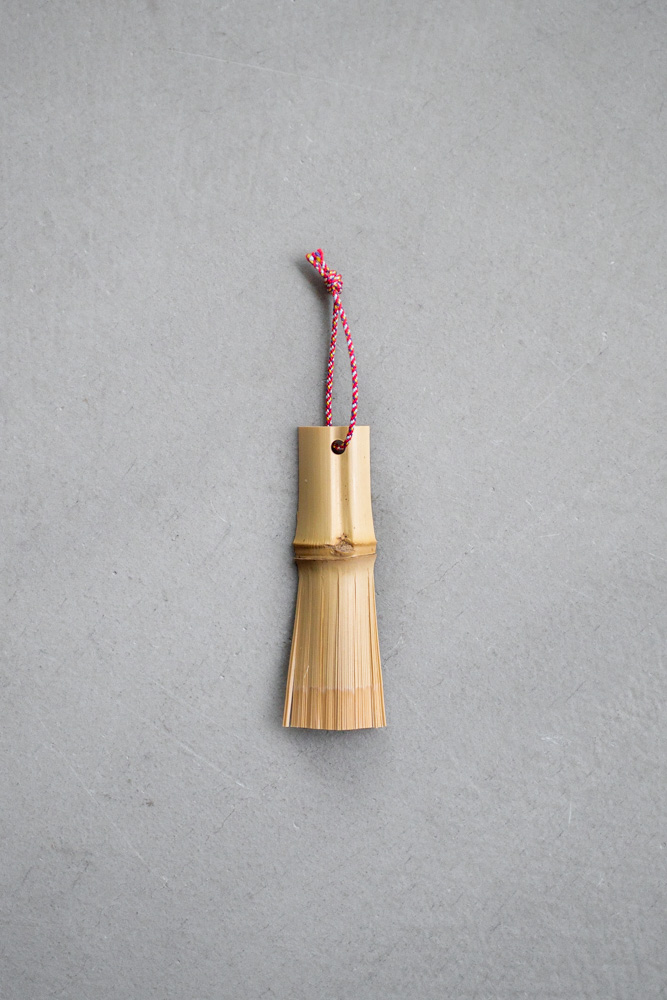 Yakumiyose (薬味寄せ), meaning “condiment gathering”, this compact bamboo scraper is the perfect tool for scraping grated wasabi and ginger on a grater, or sesame seeds in a mortar. Although it is only about 8cm long, its thin tip holds flexibility and strength, and fits into the fine gaps on the surface and scrapes the food remains without waste effortlessly.

The natural bamboo won’t damage metal or delicate ceramic surfaces, making it an ideal assistant for many of our favourite daily kitchen and dining tools.

Only using the natural material, bamboo, it is made from the same bamboo that are used for producing chasen (茶筅, Japanese tea whisks). Chasen is made by breaking hard bamboo and finishing it into a delicate tip like a chrysanthemum flower through a delicate process. If even one of the tips breaks, it becomes a lost product during manufacturing. This scraper is made with those materials from the chasen that were not made into the final production.

Since it is a product made from natural bamboo, it will return to the soil one day when it is buried.

*Due to the handcrafted production and natural materials, the colour or shape may differ from each piece.