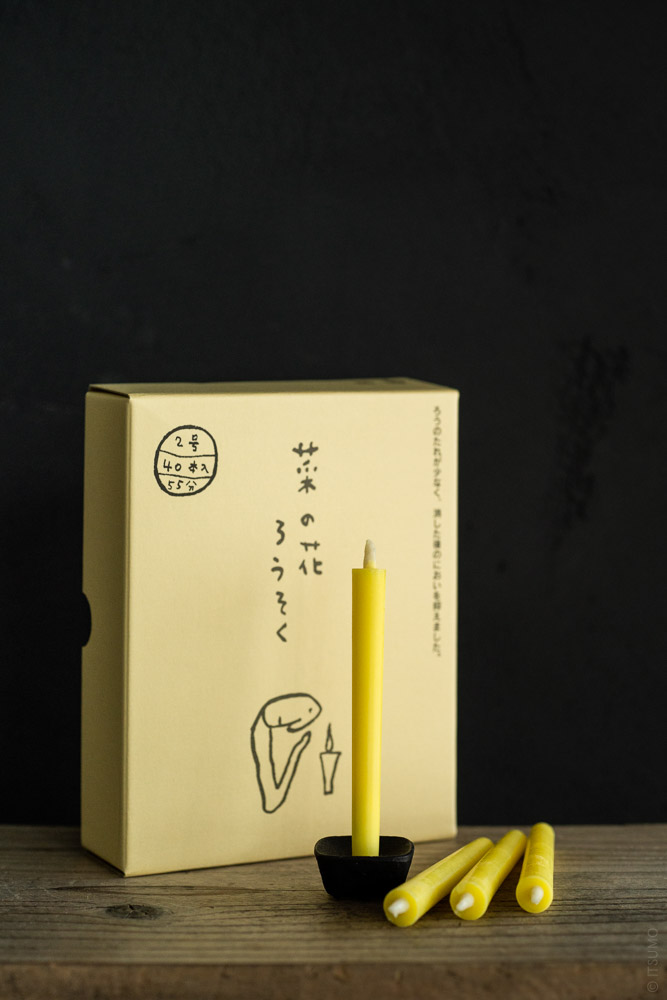 Rapeseed blossoms are a landmark of Noto Island – a small island north of the city of Nanao, where Takazawa Candle is situated. When sailors see their yellow flowers, they know they will reach the island soon.

Nanohana is the Japanese name for rapeseed flowers and these candles are made from its oil. The distinct yellow hue comes right from the oil.

Each candle stands 11cm in height, with a burning time of 55 minutes each. Comes in a set of 40.