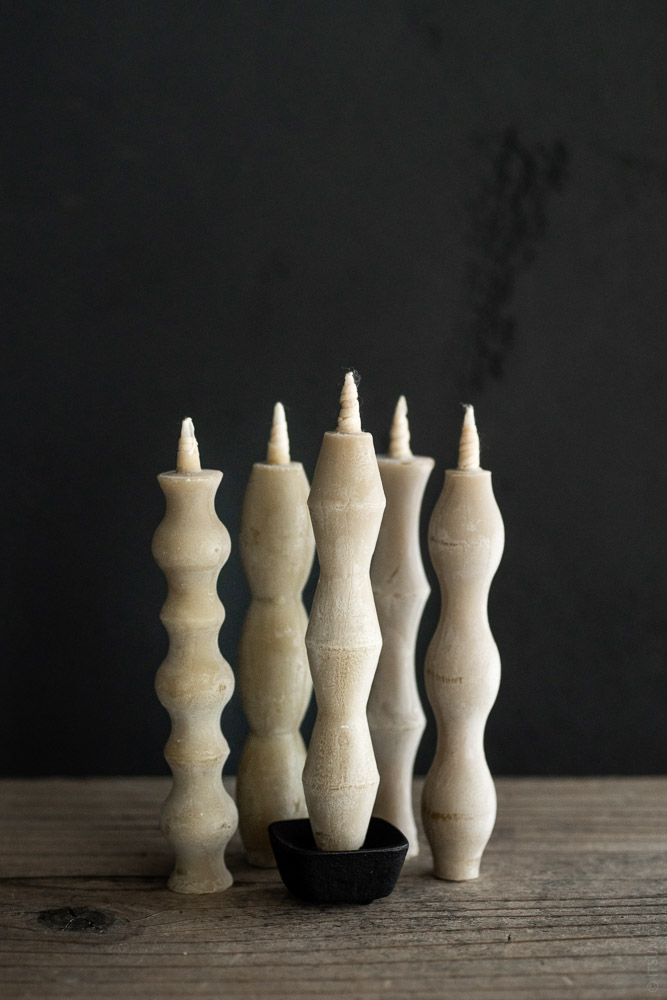 Surrounded by sea and mountains, Nanao is a city close to nature and also the city in Ishikawa prefecture where Takazawa Candle calls home.

Inspiration from nature comes easily around the Noto Peninsula and each of the five candles in this set have a unique shape that represents a different plant that grows in the region. The candles are all named after a letter of the word P-L-A-N-T.

Made from sumac wax with dried rush and washi-paper wicks, these candles produce a bright and powerful flame. This comes as a result of the hollow core of the wick drawing up oxygen from the bottom, thus increasing the combustion power and creating a strong flame.

Comes in a set of five candles. Burning time is approximately 110~130 minutes each.

Recommended to use with the Koma Candle Stand Medium.