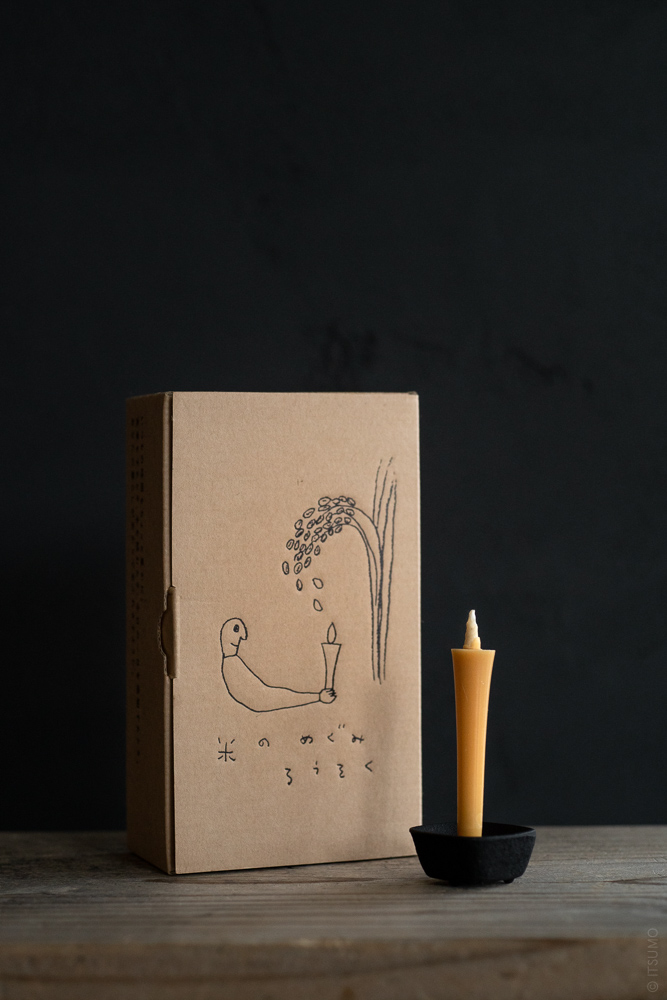 Featuring a unique ochre colour, resulting from being made with 100% rice bran wax, the Kome-No-Megumi Candle from Takazawa candle company burns brightly with low fumes, and the scent after extinguishing is also moderate.

The warmth of this candle’s light is relaxing on the mind and gentle to the environment as rice bran has been traditionally used for centuries to help clean the skin and to keep the home beautiful.

Recommended to use with Koma Candle Stand (Small).