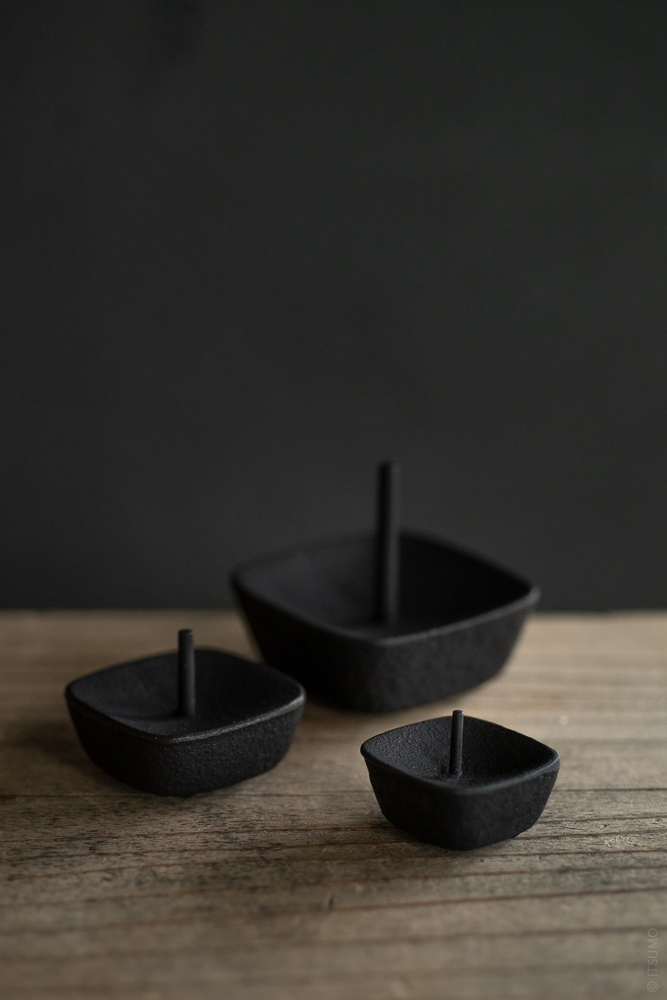 Made from Japanese “Nambu-tetsu” cast iron, this Takazawa candle stand is designed for all kinds of candles, but is particularly suited for use with the Warousoku natural wax candles made by Takazawa in Japan.

Handcrafted in Iwate Prefecture by Japanese craftsman Hisao Iwashimizu. The design is simple, beautiful, and stable.