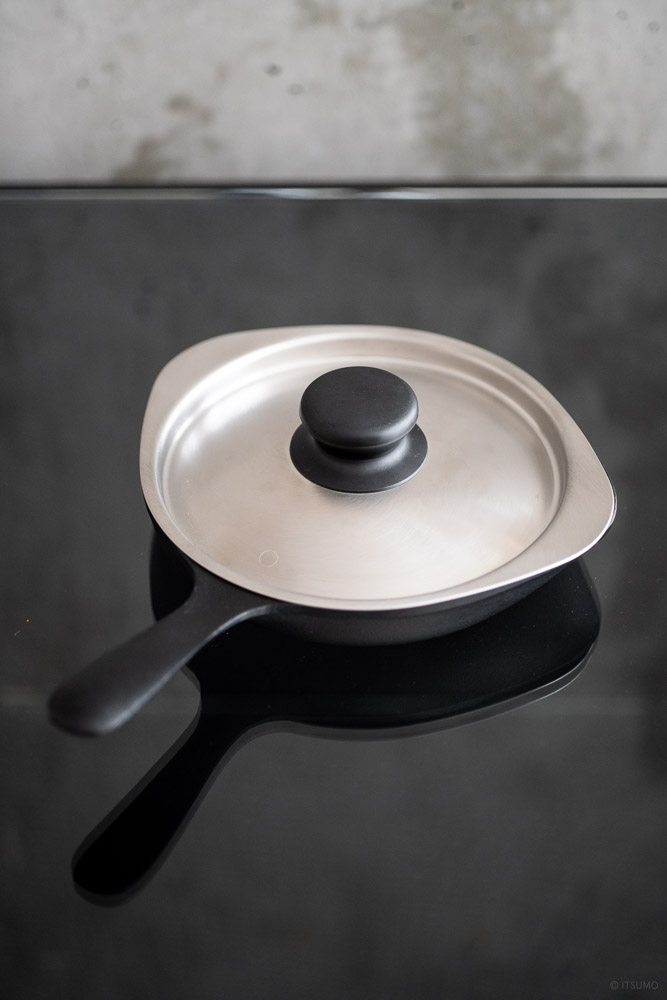 The “Tekki” cast iron mini pan is a useful addition to your kitchen, as it’s smaller and easier to handle than larger pans and can be used with most oven and stove top heat sources, with the exception of microwave ovens. Very convenient for when you are heating up small items or limited amounts of food.

The thickness of the material allows for even heat distribution, cooking your food to perfection. The design also features two small spouts on each side, which function to drain excess liquid when used with the matching stainless steel lid. A slight turn of the lid creates a small gap for the liquid to drain easily. The spout also allows for easy transfer of food to your plate or container. Because this feature is on both sides, this pan can be used by both right and left handed people without difficulty.

Before you use your cast iron pan for the first time, wash with hot water and lightly heat to evaporate the water. Apply your favourite type of cooking oil and heat on medium for 2-3 minutes, allowing the oil to soak in. When cleaning, do not use a detergent, instead use only hot water and a gentle scrub brush to retain the oils. Do not store cooked food in ironware.

This cast iron frying pan (Nanbu-tekki) enhances the deliciousness, and can be used in IH and ovens!