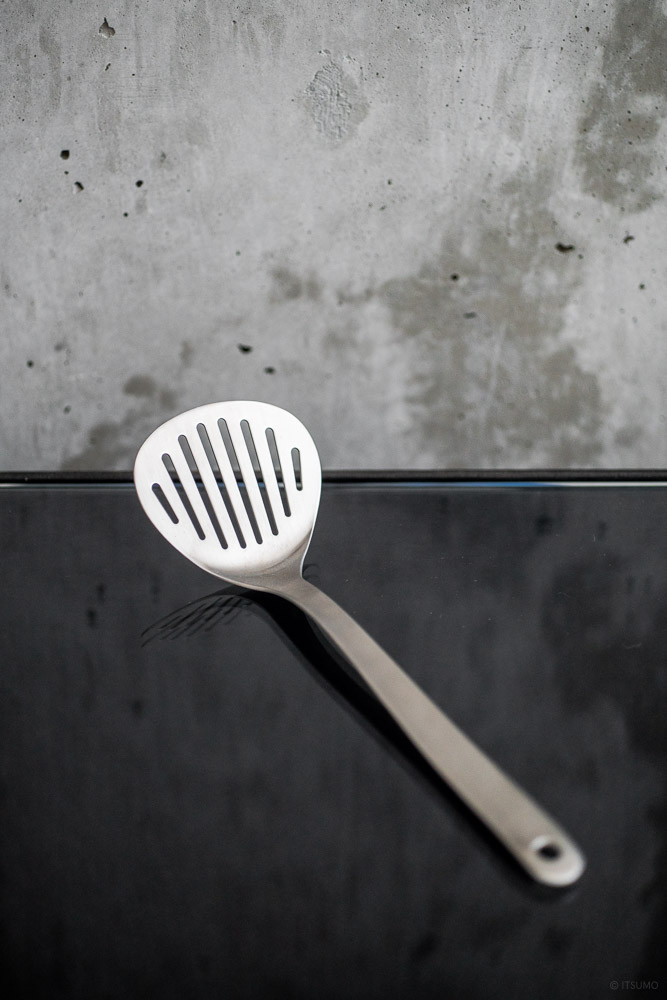 Made with durable & dependable 18-8 stainless steel, the Sori Yanagi line of kitchen utensils exemplifies their meticulous approach to manufacturing, embodying the Japanese tradition of superb craftsmanship and simplicity of design.