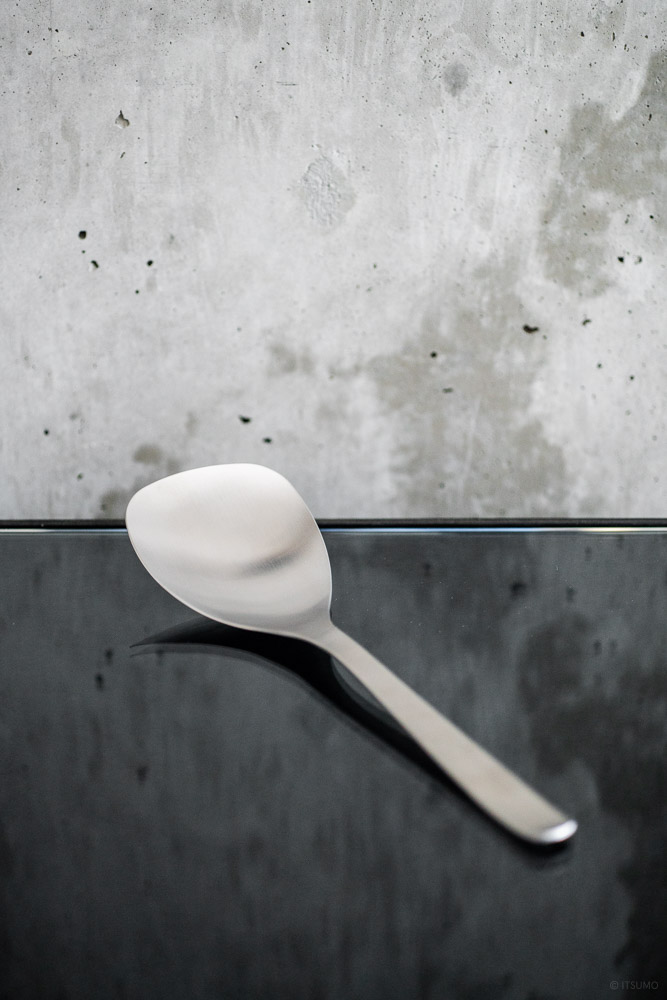 Designed to conveniently scoop food on a platter.

The straight edge makes it easy to get underneath entrees, and the slightly flat head helps transfer food to small plates without leaving any scraps. Designed with Sori Yanagi’s signature rounded construction, the large serving spoon has a hairline finish that makes scratches inconspicuous.

With soft yet durable materials, warmly inviting to use and ever so comfortable in your hand, the Sori Yanagi sense of style and design has become one of the most highly recognized and timeless fixtures of modern Japanese craft.

Every Sori Yanagi creation aims to offer a pure manifestation of design nirvana: Simplicity of form, Beauty of materials and unobtrusive Function.