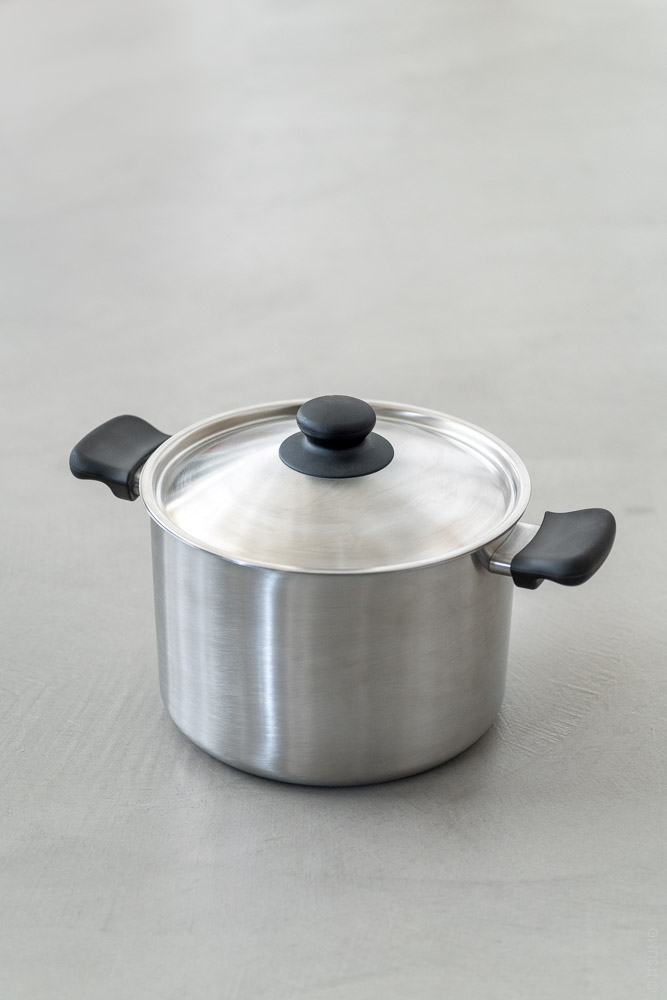 Designed by Japanese industrial designer Sori Yanagi, this Stainless Deep Pot is made of strong and rust-resistant 18-8 stainless steel. Extremely durable, this deep pot is light-weight and easy to handle and clean. The handles on the side are made with phenol resin, which allows you to grab the pot without a potholder while cooking.

Designed to use as a set with Stainless Colander inside. The fine- meshed strainer basket is made with expanded metal, which is produced from a single metal sheet, no seams that can fray or rip apart. It is convenient not only for boiling pasta or other noodles, but also for boiling vegetables and meat as a whole to cook stew or soup stock.

Sori Yanagi’s kitchenware has been popular across the ages because they are designed in every aspect including durability, ease of storage, and of course, functionality. Its minimum and beautiful form has been created from a thorough calculation for ease of use. The brand’s series of stainless steel kitchen tools and utensils have a sophisticated modern design in a beautiful matte finish.

Also works well with Stainless Strainer 23cm in combination for draining (or steaming).

*Designed for use on gas or electric cooktop; Not compatible with induction heating.