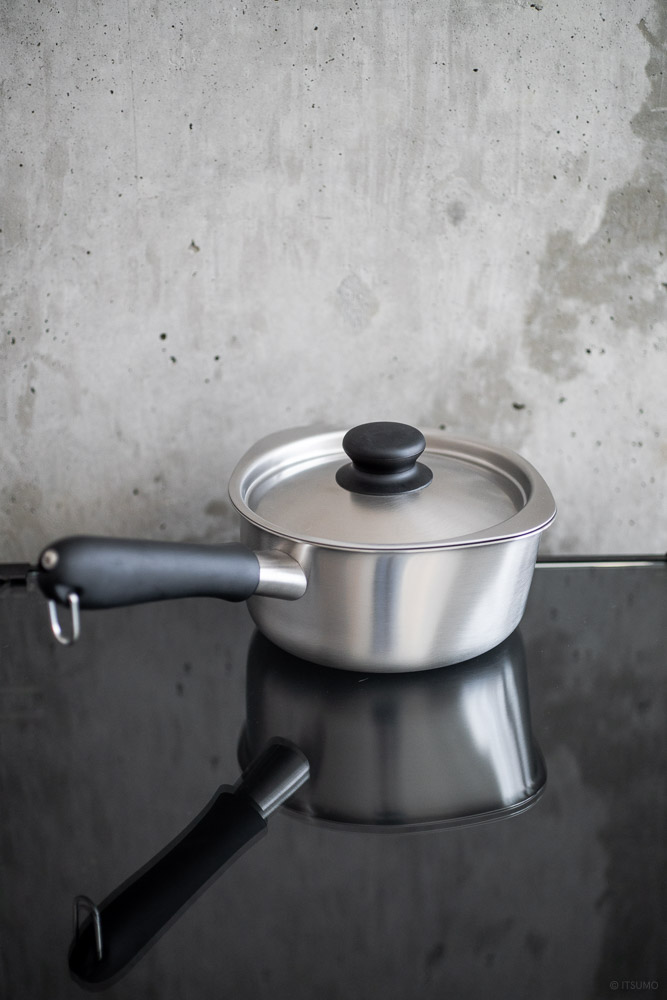 The Sori Yanagi sense of style and design has become one of the most highly recognized and timeless fixtures of modern Japanese craft. Every Sori Yanagi creation aims to deliver a pure manifestation of design nirvana: Simplicity of form, Beauty of materials and unobtrusive Function.

By slightly rotating the lid, adjusting the amount of open space, it is possible to easily regulate the venting of steam, helping to prevent spillover. The multi-position lid can also be used to assist when pouring hot liquid from the Milk Pan.

The Sori Yanagi Stainless Strainer (16cm) can be used perfectly in combination with the Milk Pan, offering the ability to steam vegetables and other food products.

Designed for use on gas or electric cooktop.  Not induction compatible.