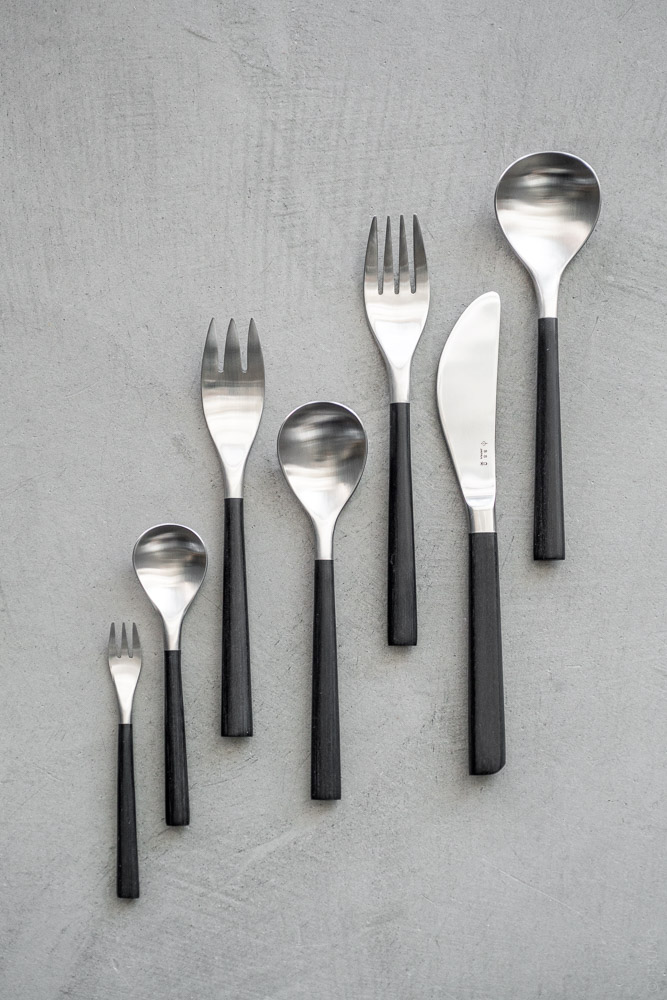 In addition to the Sori Yanagi brand’s strict adherence to utilizing durable and dependable 18-8 stainless steel, the Black Cutlery series adds a smooth surfaced, ergonomic, black-stained birchwood handle to each beautifully shaped utensil, resulting in a series of flatware peerless at its price point.

With soft yet durable materials, warmly inviting to use and ever so comfortable in your hand, the Sori Yanagi sense of style and design has become one of the most highly recognized and timeless fixtures of modern Japanese craft.

Every Sori Yanagi creation aims to offer a pure manifestation of design nirvana: Simplicity of form, Beauty of materials and unobtrusive Function.

Due to the implementation of wood in these products, dishwasher cleaning is not recommended.

Please wash all wooden handle utensils by hand using soap and hot water. Please do not soak product for long periods of time.