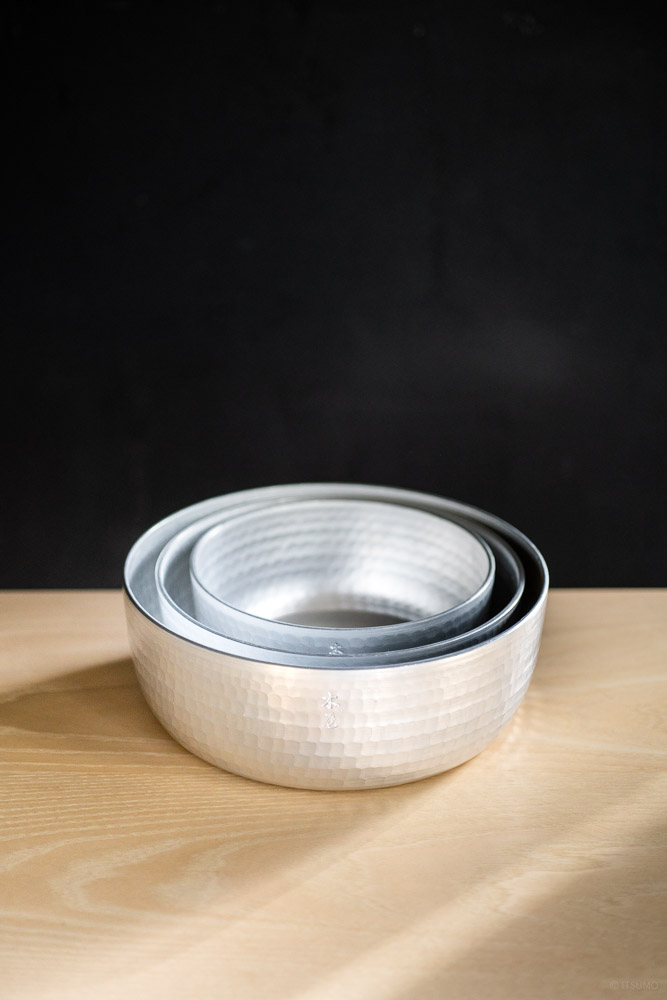 Yattoko pot is a cooking pot without a handle. These handle-less pots are great for professional kitchens or regular home kitchens with very limited space. With no handle, the pot takes up less space on the stove, and is convenient for stacking when not in use. Cleaning and polishing is also easier, with no crevices around the handle for grime to build up in.

Due to its thickness, the hammered aluminum strengthens the metal, and contains excellent heat retention and conductivity, transferring the heat evenly throughout the entire pot surface. Even with this thick surface, the weight is light and easy to handle. We highly recommend to use with Yattoko Pot Pincers for moving hot Yattoko pots (available separately) while cooking.

*The matching aluminum lids are also available separately for each size.

Before using for the first time, rinse the pot well and then boil rice broth in it to form a protective film. This will help protect it from corrosion.