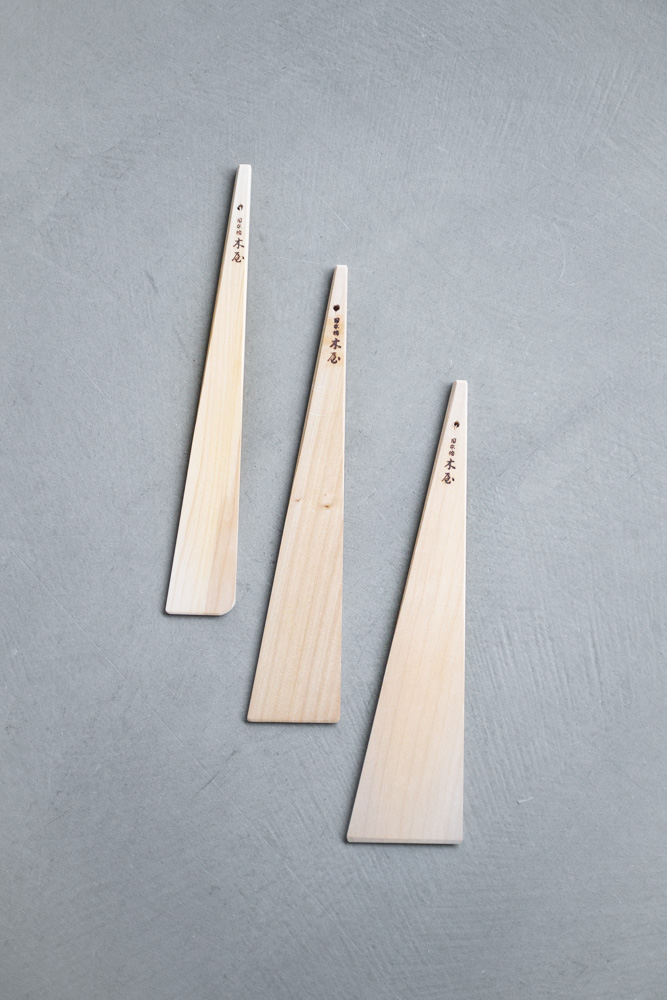 Made from natural ginkgo wood, this spatula has a soft and smooth touch that won’t damage fragile, delicate frying pans or enamel pots. With its thin, straight and beautiful triangular design, it can be widely used for various purposes in the kitchen, making it useful for mixing, stir-frying, or straining. It has a hole at the tip of the spatula that is for a string or hook to be hung for storage.

S: Slim and precise. One corner is rounded to make it perfectly fit on a bottom curve of the pot or bowl, adding a satisfying feel to the movement.

M: The most versatile size. Also great as a turner when making omelet.

There are many benefits to using ginkgo wood for this product;

Ginkgo also has natural antibacterial activity, which makes it difficult for mold to grow.
Since ancient times, ginkgo leaves have been used for kimono and insect repellent for books as well.

Smell is hard to remain:

Since it contains flavonoids, the odour does not easily remain in this wood. The aroma of wood itself is minimum, so the flavour of the ingredients does not become impaired.

Hard to warp or distort:

The uniform, straight grain of the gingko wood additionally becomes an asset, as it is less likely to warp, distort or crack with use or temperature changes.