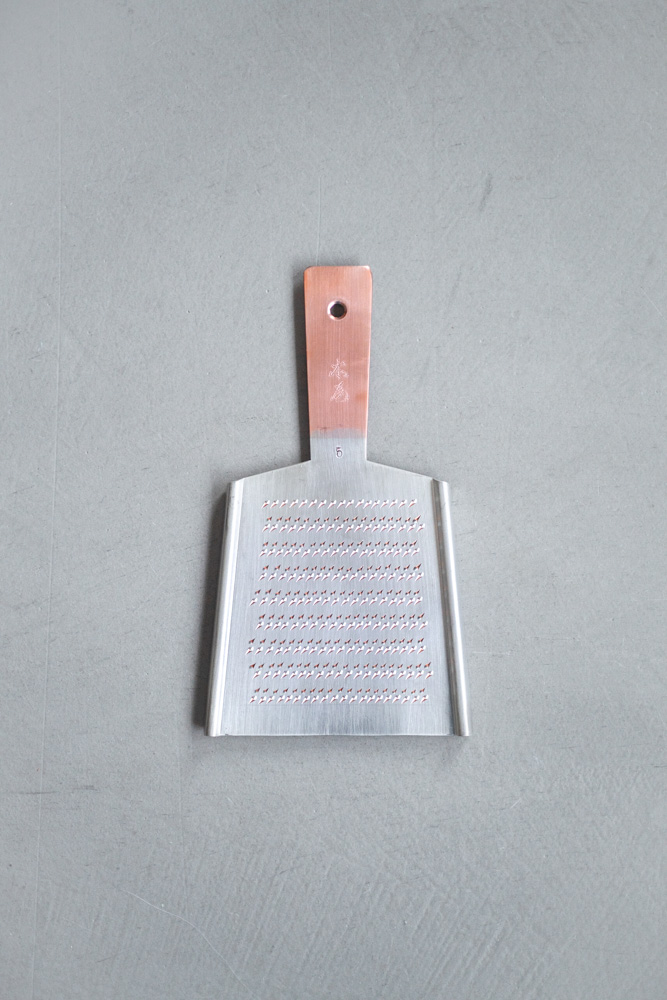 Fitting conveniently in the palm of your hand, this compact “Oroshigane” (卸金) copper grater is perfect to use for condiments such as ginger, wasabi, garlic or citrus. Each grater is carefully chiseled one by one by skilled craftsmen in Japan, then plated in tin for extra durability and rust prevention. The irregular arrangement of blades resulted from handcrafting is what makes the grated foods especially flavourful, as the moisture does not get separated from the fibre when shredded.

The gracefully curved sides of this grater add a warm depth to the shape, while also creating a border around the edge to help prevent spillage. So not only does this grater provide great function, but it also looks very beautiful. When not in use, you can proudly display it on a hook in your kitchen, and you can even collect different shapes to create a charming wall arrangement.

This product is double sided with two different level of blade. The coarse grain on the front can be used for grating daikon radishes, carrots and etc. The fine grain on the back for ginger, wasabi, garlic, or citrus rinds.

Always be careful of your hands and fingers when using this grater, and keep out of reach of children. Over time, the copper metal will change in colour and develop a patina. This patina is harmless and will not affect the taste of your food.