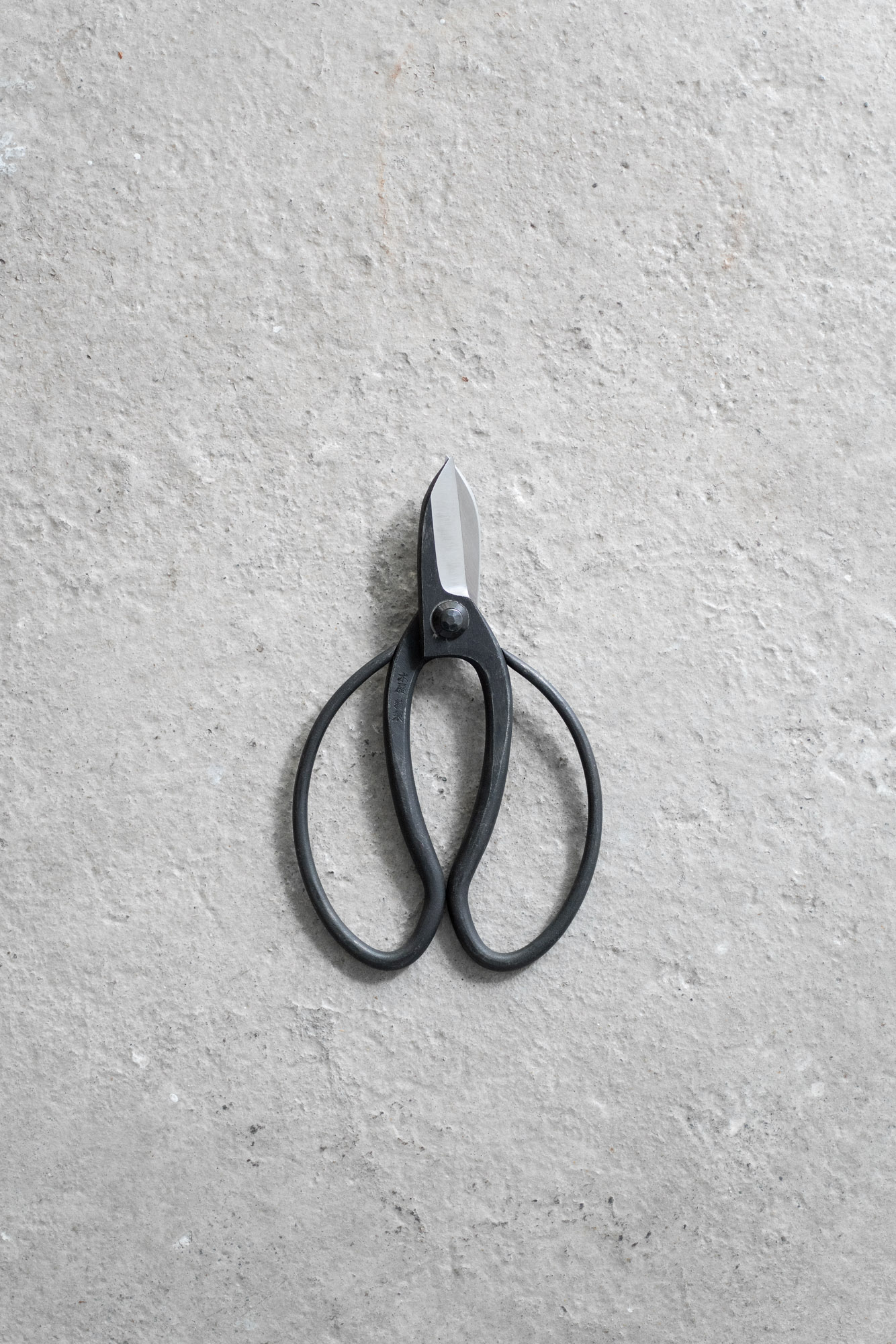 A traditional style of carbon steel scissors used for cutting fresh flowers in ikebana; Japanese floral arrangements. The acute-angled blade makes a clean cut without crushing the stem, and the large curved handle is easy to grip, making flower arranging a beautiful experience. The short, round shape of the blade also makes these scissors good for small gardening tasks and harvesting vegetables such as cucumbers and tomatoes, etc.

Good for cutting branches of up to 8mm.